Autocar is an international truck manufacturer headquartered in Birmingham, Alabama. The Autocar name plate is the oldest vehicle name plate in America. It dates all the way back to 1863 with its origins in Pittsburg, Pennsylvania.

The challenge was to revive the Autocar brand. The name plate had been bought and sold several times from companies such a White and General Motors. The Autocar brand was well known for building tough working trucks for several industries — most notable for over-the-road semi haulers. The brand was now going to focus on the refuse industry, which would be a struggle in a crowded marketplace of competitors.

Autocar’s greatest competition was Mack trucks. Even though Autocar was an old company, their resurgence as a new player in a competitive market would be tough — especially against one of the most established truck brands in the world. This was a monumental endeavor that required a brand strategy that would get to the core of the target audience. How would Autocar be able to compete on the same level as other major brands?

IronGate’s GateWay Methodology set the direction for the foundation of launching a brand that could compete. There were plenty of doubters within the industry and even their competitors tried to influence customers by pointing to perceived unreliability, risk and lack of servicing resources due to their size.

A SWOT analysis was conducted across the country with fleet owners, municipalities and individual owners to get to the heart of barriers that would keep customers from purchasing. Brand research was conducted to determine the personas of the target audience. It was important to make sure the branding was authentic and resonated with potential buyers. Since Autocar was targeting the refuse industry, IG created the tagline “Everyday is Trash Day”. This was an important position that directly confronted the big competitors that sold to multiple industries. Autocar’s strength was industry specialization. Their trucks were custom designed for the refuse industry. Due to this specialization, the trucks had better performance, featured integrated controls, and improved turning radius. It was positioned as a premium product that actually cost $10,000 more than a Mack. Understanding the passion their target audience held for their work and their vehicles were key. It was determined that guys are little boys who like their toys. Even though the refuse industry was a tough business, there was a strong element of ‘play’ when it came to running and driving a garbage truck. IronGate developed a character/mascot “Joe Autocar”. Joe took on the persona of the customer…I have a tough job…I need a tough truck. Autocar gets me. 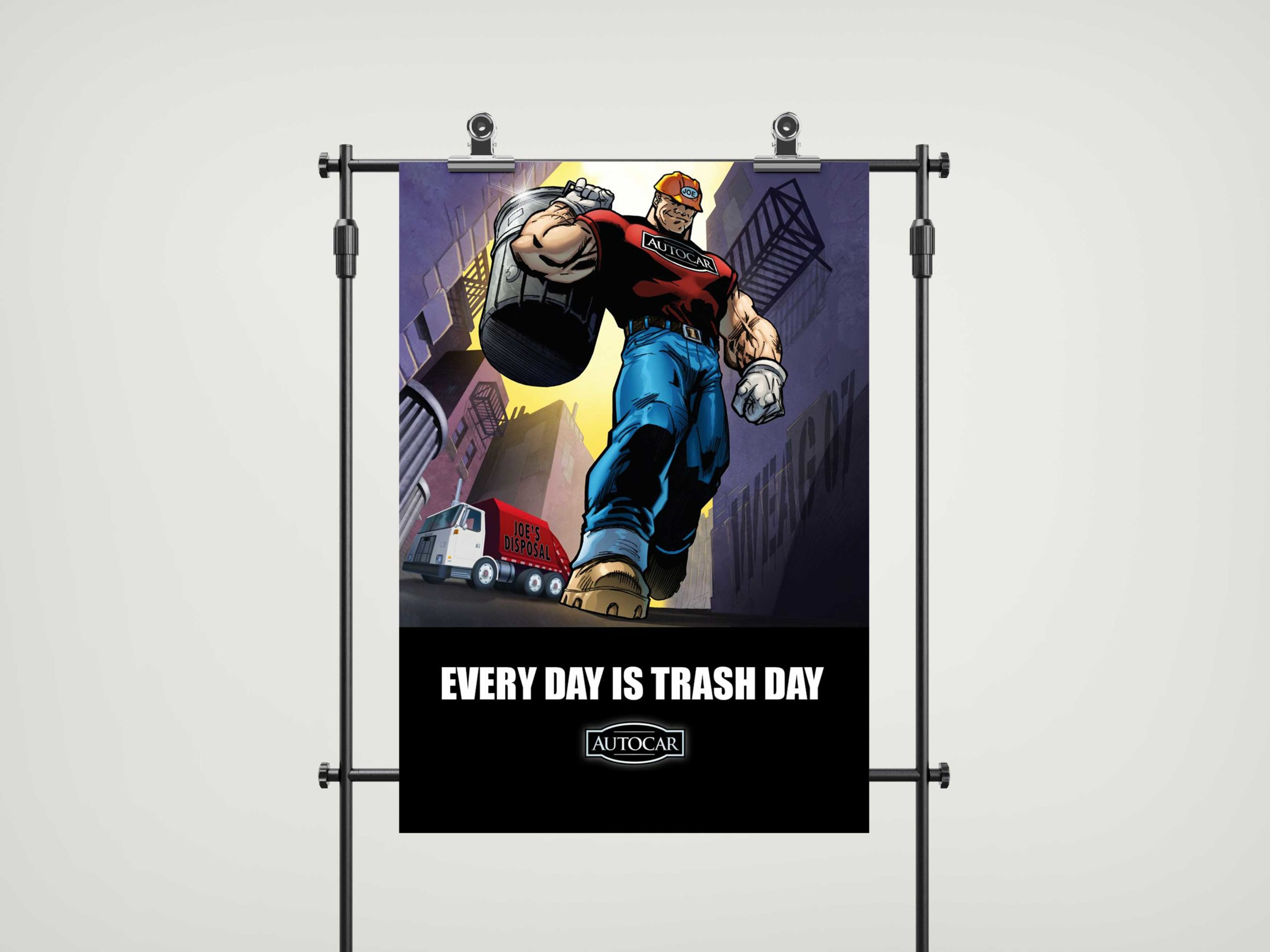 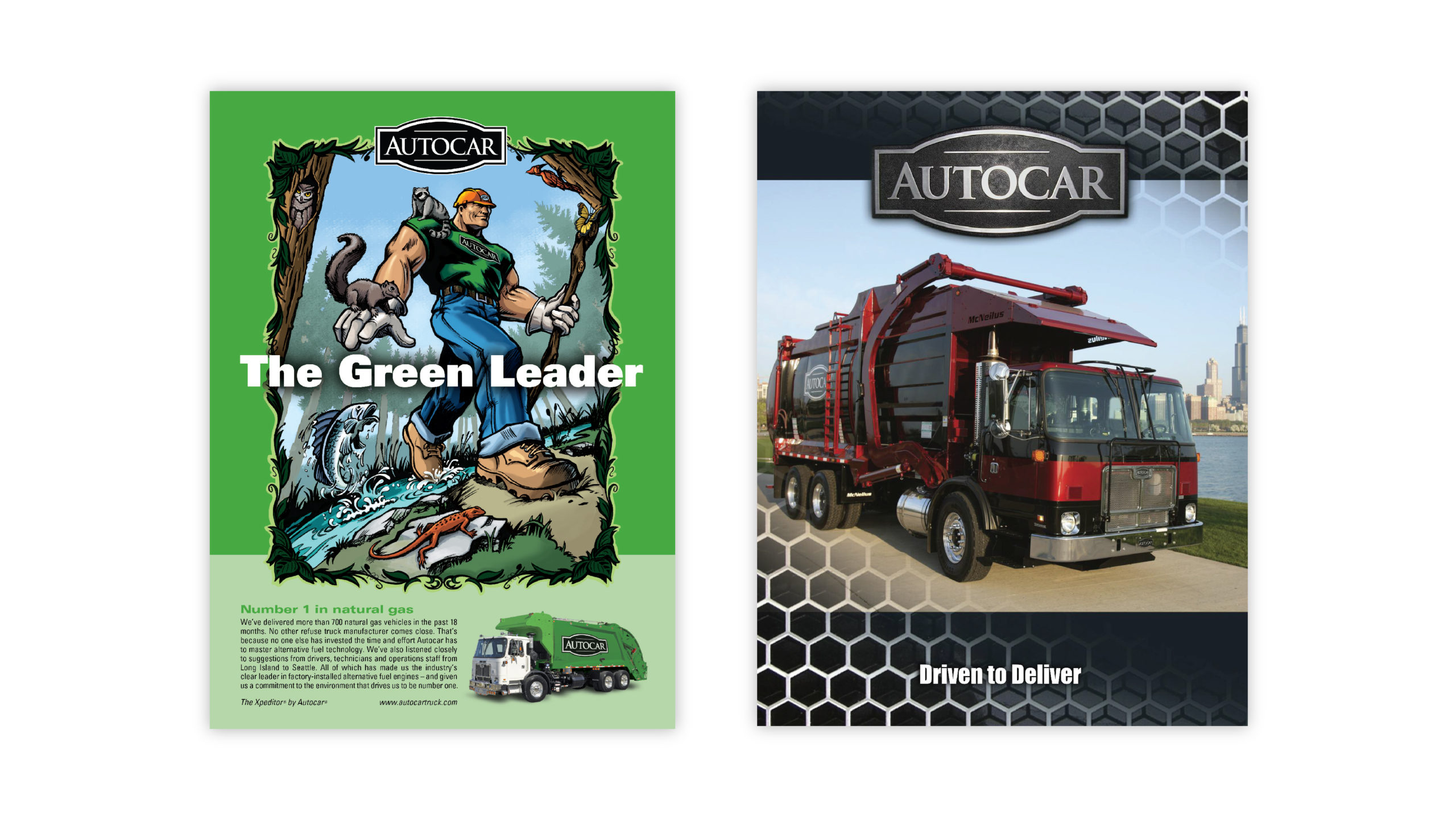 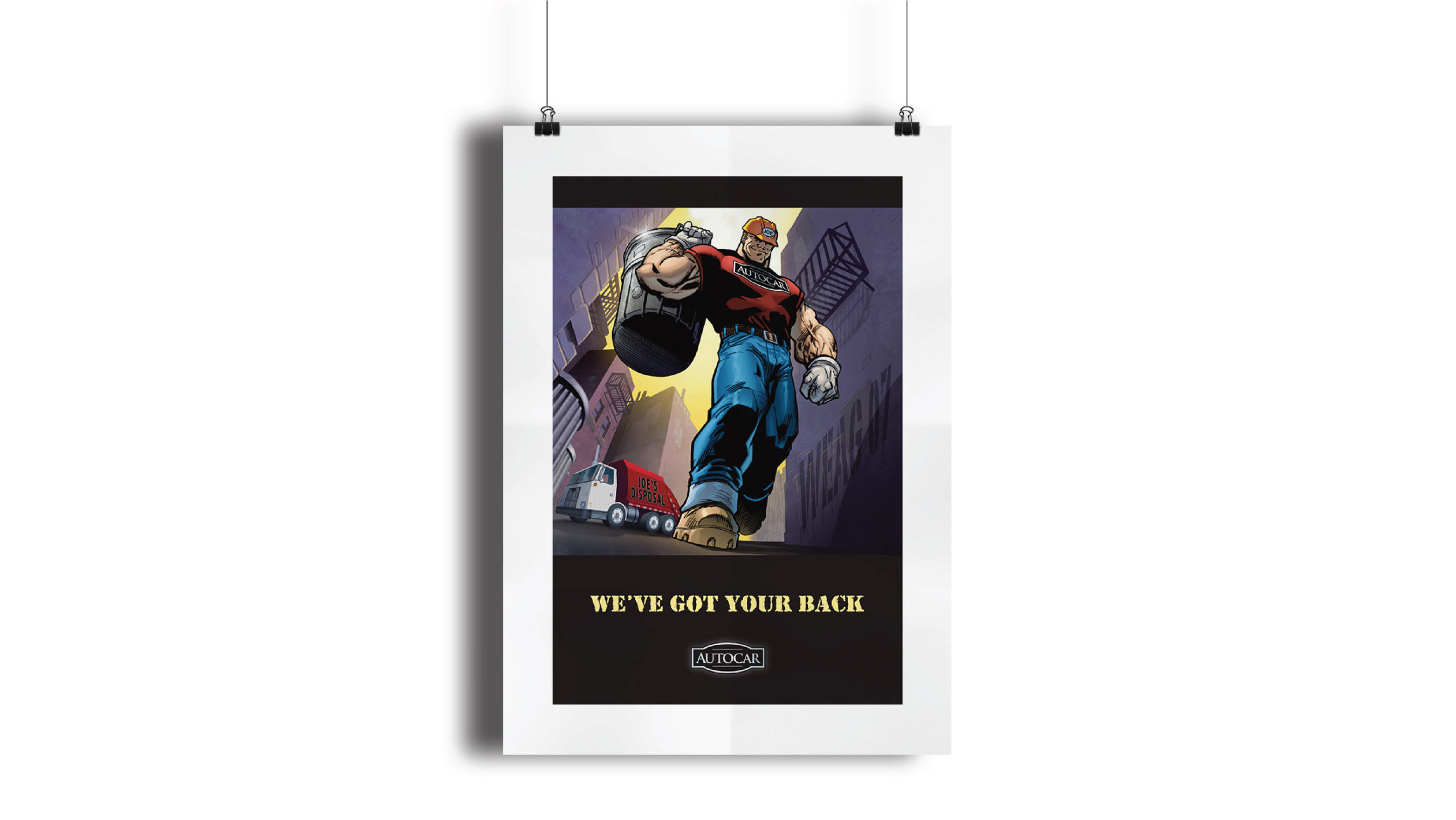 The new positioning of the Autocar brand and character development was a huge success. “Garbage guys” seem to get a bad rap. Joe Autocar elevated them to a super hero status. He was super successful at trade shows and there was a bobblehead created that came with every Autocar truck that was purchased. IronGate worked for Autocar for seven years. During this time, their growth was clearly evident and extremely strong — even a period of reaching 30% increases. IronGate worked on several brand and marketing projects and was at the table with Autocar in strategy sessions as well. It was exciting to be there at the beginning of this unbelievable journey and to see them expand into different truck lines.

We offer the services that will solve your communications problems as we work with you through the GateWay.